I was recently trying to sort an ASP.NET gridview and realized it was no easy task to show the column that the grid was sorted by.  I don’t know if 4.0 or 4.5 .NET has this capability, but it seems like the GridView control should have parameters that you could assign an ascending/descending icons to.  Unfortunately, it doesn’t. In a few lines of code I was able to add an image next to the column header like the example above (see that little triangle?).  I was amazed on what I found online when researching this.  Many developers have a tendency of over-complicating things, so my code below is as bare-bones as possible.

It’s assumed you already have a GridView databound to an object datasource and you have sorting enabled. This code-behind should be under the gridview (gv1) RowCreated event.

I hope this helps someone out there.  I know there are many ways to do this, but this seemed to be the most light-weight scenario I could come up with without using a third-party solution. 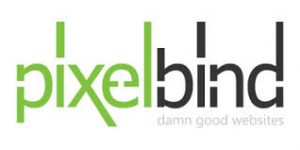 ABOUT the company that makes damn good websites.

PixelBind is a website company that was founded in July of 2011 in Myrtle Beach, South Carolina. We are proud to say that we’re here to make the web a better place. We strongly believe that a website is your first impression to the world, and it should be a good one; one that someone should remember, because the world is full of competition. PixelBind ensures that you’re remembered by presenting your audience a damn good website.